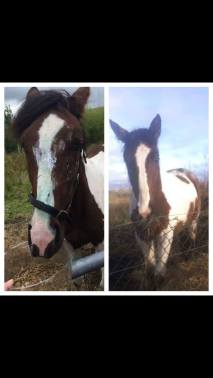 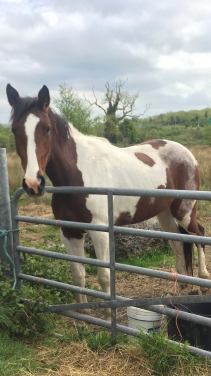 This morning I went walking with three of my six rescue dogs to Lee’s Road. Where I can walk is determined by the dogs I am with. Being able to walk here means I am with the more sociable ones; the ones less traumatised by the humans who once they shared their lives with. I often wonder as I look at them running and care free – I wonder about the hands that fed them, cared for them, even hurt them. Jack, one of my rescue dogs avoided being rescued for many months. So many people were trying to catch him but he told us all in his reaction to helping hands: leave me be.

A few years ago, on the eve of the June Bank Holiday, I posted on my FaceBook page that if anyone managed to catch him, well, I would give him a home. The next morning, I was busily packing for a weekend away when I got a message and it went something like this: ‘you know the dog you said you wanted – well, last night on the way home from the pub, I saw him sleeping on the step of the friary and I just went for it. I picked him up and I wouldn’t let go. When can you collect him?’ I unpacked my bag.

Jack first went into foster care and when that did not work out, he came home with me. It took him months to come out of a crate with an open door. Another rescue, called Dexter, stood guard at the open door. For he knew only too well what Jack had been through. Every day, another shoe was added to the wall he was building between him and his new home. Everyday my heart broke. ‘What have they done to you?’ became a daily thought and question. As the weeks passed, I got a lead on him, and he trembled and he shook. I just left it on him to get use to it. One morning as I was getting the other dogs ready for their walk, I saw Dexter taking the lead in his mouth and attempt to pull Jack out of the crate. His wish for him to come could not come true because it was blocked by years of distrust and trauma. The protective wall he had built was not surmountable for the tiny part of Jack who maybe wanted to see – to see what would it be like to trust again. The risk was too much for him to take! What was important to me everyday was this: Jack was going nowhere; he was home.

Years later, Jack now jumps with excitement when he hears the leads coming off the hooks. Sometimes, he still has panic attacks and there are times when he still runs back to the car and crawls underneath. I wish I knew what he remembers. Just like us, animals can experience flashbacks and post traumatic stress disorder. The only difference is, we can’t tell them to breathe deeply, to focus on something else rather than the thought that is causing the panic, and to let the feeling pass – because it does.

Like certain memories, one song or melody resonates with our emotional make-up at any given time. They even become ‘my song’ or ‘our song’! The words resonate with us when we feel certain emotions or when we are faced with certain dilemmas. They can become mantras; they sometimes become painful reminders, and sometimes they fill us with such determination to keep going until we get what we want. For me, everytime I meet a cat, a dog, or a horse in need of rescuing, I automatically say, ‘I’m going to bring you home’ – wherever that home shall be. The backing track for this is Les Miserable’s ‘Bring him home’. The lines, ‘You can take, You can give, Let him be, Let him live. Bring him home . . . bring him home.’ I guess there are some people who push harder in the gym when they hear their favourite work-out track; there are some people who get up out of bed in the morning with theirs, and then there are the rescuers that need something – anything, to just keep them going.

Back to the walk this morning in Lee’s Road . . .  as I was walking back to the jeep in the car park, a man stopped me and asked me to try catch his very sweet but hyper pointer. The dog was clever to know that it was time to go home so avoiding being caught meant they could stay longer. As we were talking, a lady appeared with three dogs and I asked her was one of the dog’s named Chilli. She replied ‘yes’ and how she was walking them for a lady I had rehomed him to. I bent down and just said his name and he remembered. They never forget who brings them home.

The poor patient man waiting to bring Sally home was intrigued by rescue work as we talked more whilst waiting for Sally to make an appearance. We talked about all the things we do in desperation for a cure, for a resolution, for a happy ending. Deciding what was the best way to catch Sally brought us to that topic! I told him about Erin, a beautiful mare who I found in a field years ago. One of her eyes was bleeding and her body was covered in cuts. The owners told me they had the vet out; I rang the same vet. He had not been out so I called my vet. He told me she had a tiny percentage of vision left in her damaged eye and told me that whilst we could try treating it, she might never get her vision back. I don’t know why, but I became so focused on Erin getting back her sight in that eye. I gave her everything the vet gave me. I washed her eye out twice a day and I applied the ointment and gave her antibiotics.

On one side, I was Erin’s shadow; on her other side, I was the only hope she had. Each one of her wounds day by day were fading but her eye remained the same. My friend Linda told me about a holy well and brought me there one day, and I filled a bottle she gave me with water from the well, to bring back to Erin. I also left a tiny few words on a piece of paper and placed it amongst the hundreds of other petitions left by other hopeful and faithful visitors.

I told him, at the time, I just decided, if this was going to be it – the cure, I had to believe in it. As crazy as that might sound to some people; I chose to believe that this would give her back her sight. It did.

Erin is a stunning fifteen hand mare today. We have a bond that I can’t put into words. All I know is this: I am no longer her shadow. And I need to Bring her Home now and let her ‘be’ – who she was always meant to be.

2 thoughts on “Bring him home”